The seat of the municipality is situated at 244 m above sea level between the Kaiserstraße depression and the foothills of the Göllheim hills. The local district covers over 1800 ha, of which 513 ha are forests.

Göllheim is the largest town in the municipality with a population of approx. 3825 and acts as a basic centre for the surrounding area with a Realschule Plus and a Fachoberschule, modern day-care centres, a therapeutic pedagogical children's centre, shops, banks, doctors' surgeries and the municipality administration. As a locational advantage, the municipality has good transport connections to the L 401, the B 47 and the A 63. 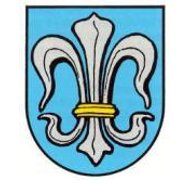 The doubling of the population in the last 40 years has been taken into account by the designation of several new development areas. In addition, there are commercial and industrial areas in which important large companies such as Linde (gas) and Dyckerhoff (cement) are located in addition to craft and commercial enterprises.

Since 1977 there has been a partnership with the French community of La Clayette (Burgundy) and since 1990 with the Italian village of Marano Equo (Lazio). The recognized tourist community has a sports and leisure center with a stadium, DFB mini-pitch, artificial turf facility, two sports halls as well as a bowling hall and five tennis courts. The cultural centre of the village is formed by the museum Uhl'sches Haus, the Garten der Begegnung, the appealing Haus Gylnheim, the exhibition rooms "Kleine Galerie" in the Kerzenheimer Tor as well as the modern community library connected to the Southwest German Library Association.

Several gastronomic establishments and overnight accommodation are available for tourism. In the Göllheim forest, recreation seekers and hiking enthusiasts will find ideal opportunities: the Adolf-von-Nassau hiking trail leads through a varied mixed forest and offers information on an important event in the medieval history of the German Empire (Battle of Hasenbühl on July 2, 1298). In addition, the West Palatinate Hiking Trail and well-signposted hiking trails of the Palatinate Forest Association run through the forest and district.
On the grounds of the former "Dachsberg" quarry, where the Dyckerhoff company quarried tertiary limestone for cement production for many years, the geological composition can be explored along a signposted circular hiking trail.

In recent years, the "Göllheimer Torbogenfest" (Göllheim Archway Festival) has developed into a festival of regional importance. It is celebrated on the first weekend in August in the old town centre, with its many preserved and carefully restored historical buildings. On the 2nd weekend in Advent, a two-day Christmas market is held in the old town centre in a pre-Christmas atmosphere.

You can reach the website of the municipality of Göllheim under the following link: www.gemeinde-goellheim.de